The International Welcome Center has been serving refugees
and immigrants in the Akron area for almost 2 years.

The International Welcome Center (IWC) serves refugees and immigrants in the Akron area.
The people served by the IWC are displaced from their native countries. They gain refugee status through the United Nations. The United States invites them to a new life in America. Upon their arrival they receive 90 days of federal assistance. The work of the IWC begins on day 91 as refugees continue on their legal path to citizenship.

Would you help us build this office space? Would you help a refugee build a new life?
Would you help a foreign born person acclimate to living in Akron and become a United States citizen?
​
Please join us for
​“Home for the Holidays”—a virtual event with Joe Theismann
on Wednesday, December 9 by registering for free below.
Keynote Speaker: 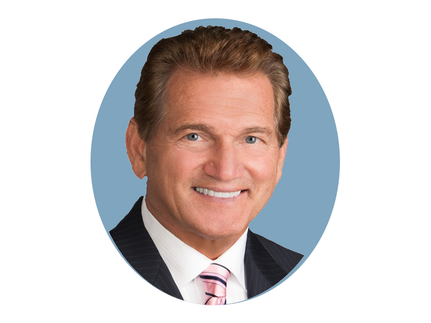 Joe Theismann is an entrepreneur, former quarterback for the Washington Football Team and NFL analyst for ESPN and NFL Network.  Joe is a 12 year NFL veteran, he played 163 consecutive games from 1974-1985 for the Washington Football Team and holds the  team records for passing yardage (25,206), completions (2,044) and attempts (3,602).  He played in the Pro Bowl twice, was a Pro Bowl MVP leading the Washington Football Team to a Super Bowl XVII victory.  Joe Theismann’s career came to an abrupt end in 1985 when he sustained a badly broken leg during a Monday Night Football game.
In 1982, Joe was named the NFL’s Man of the Year for his community service and dedication to the health and welfare of children.  In 1983, he won the league’s Most Valuable Player Award and lead the Washington Football Team to a second consecutive Super Bowl appearance.  In 2003, Joe was inducted into the College Football Hall of Fame and received the Walter Camp Football Foundation “Distinguished American” Award in 2013.
Joe Theismann has evolved from an athlete to the accomplished businessman.  He’s an Emmy award winning analyst, business man and athlete.  He uses his gifts, talents and high energy to share his strategies for handling unexpected changes.
Tania Nemer is the Community Outreach Prosecutor for Summit County Prosecutor Sherri Bevan Walsh.  Tania graduated with distinction from Western Michigan University Law School in 2007.  She has served  as “Of Counsel” for McGinty, Hilow, and Spellacy Co. LPS, as a Senior Attorney for Catholic Charities, a Managing Attorney for International Institute of Akron, and a Magistrate at the Akron Municipal Court. Tania has volunteered on multiple occasions at the Family Detention Center along the southern border of Dilley, TX representing women and children seeking asylum in the United States.  Tania has recently been awarded the Nette Cronise Lutes Award by the Ohio State Bar Association. This award is named after the first woman licensed to practice law in Ohio and recognizes a woman lawyer who has opened doors for other women and girls.  Tania is a child of Lebanese immigrants who have taught her that she has two hands: one hand to work hard and earn a living and her other hand to give back to her community.  Tania currently lives in Hudson, OH, with her husband, Joe and their three vibrant children.